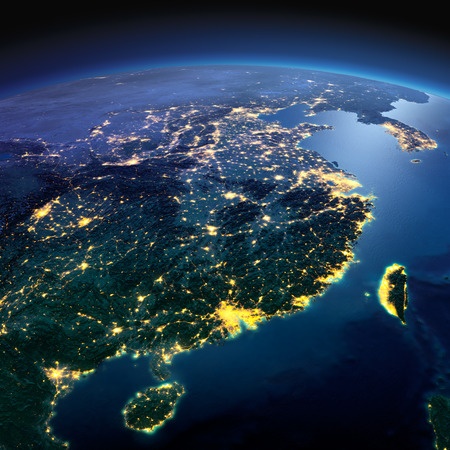 Tariffs Imposed to Affect Some Metal Exports — Not Antimony

Beijing, 18 September (Argus) —The US government has removed rare earth elements and antimony from its next tranche of tariffs on imports from China, but maintained plans to impose taxes on hundreds of other metals and ferro-alloys.

The tariffs on $200bn/yr of imports from China will take effect on 24 September, the US government said yesterday. The tariff rate will initially be set at 10pc, but will then increase to 25pc on 1 January next year. 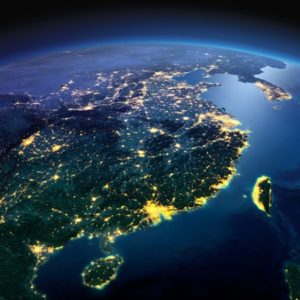 ct 5,745 items, down from just over 6,000 in the original proposal. Rare earth elements and antimony have not been included, despite continued industry speculation in the last few weeks.

The Trump administration’s decision not to impose tariffs on China’s rare earths — which are used in used in magnets, radars and consumer electronics — may reflect US dependence on China’s supplies. China accounts for 80-90pc of global rare earth supply, making it unlikely that US consumers could find alternative suppliers.

Participants in other markets are gauging the impact of the tariffs. Chinese bismuth exporters are watching for signs of how the tariffs will affect their business, as China is a major exporter to the US. China exported 1,912t of the minor metal to the US in 2017, accounting for 17.57pc of China’s total exports.

The 10pc tariff is likely to prompt US consumers to seek supplies from other producers in North America. Some may look to continue to buy Chinese material through special routes, such as shipping the metal via Vietnam, to avoid the 10pc tariff.

Exports of calcium-silicon alloy to the US are likely to continue despite the tariff. US consumers rely on China because of supply reductions from Brazil and limited production in Argentina, which is unable to meet the US demand. This means the tariff is likely to lead to a rise in prices in the next few months.

But China’s exports of ferro-silicon alloy will not be much affected, as the country only exports 10,000 t/yr to the US. The new tariff, on top of China’s existing 25pc export duty, will push US consumers to buy material from other countries such as Brazil and Norway. A new plant with 300,000 t/yr of capacity is due to come on stream this year in Malaysia, adding another supply option.

The impact of the tariffs on China’s magnesium and silicon exports will also be limited because the US had already imposed heavy anti-dumping duties on most Chinese producers.

China’s ferro-vanadium exports to the US have dried up in the last few years after anti-dumping duties were imposed in 2012. Chinese suppliers had been selling the alloy to the US via South Korea to avoid the duties since 2002 until the US imposed a 54.69pc duty on imports from South Korea in 2017.

Exports of manganese alloys to the US will be largely unaffected. China’s existing 25pc export duty has already reduced China’s exports sharply in the last decade.

And the new tariffs will not have an immediate impact on battery metals, including nickel, cobalt, lithium, and manganese, as China exports few of these products to the US. But producers have expressed concerns over the knock-on impact of the trade dispute between the two powers, which risks hitting the world economy and affecting demand for battery metals.

The US tariff on China’s exports of germanium is likely to be offset by a rise in the export tax rebate from 5pc to 9pc that took effect on 15 September.

Exporters of gallium metal are observing how the tariff will affect the market, given China accounts for around 14pc of US imports. The impact may be tricky to assess, as the US will only levy tariffs on wrought gallium while unwrought metal was left off the final list. Suppliers are likely to find ways to export wrought metal by classifying it as unwrought metal during the customs clearance process. China’s exports of wrought metal to the US were 7,971kg in 2017, or 11.2pc of its total exports of the product.

The trade war could escalate even further if an agreement is not reached soon. The US will immediately move to impose tariffs on all remaining imports from China — another $267bn/yr — if China takes retaliatory action against US farmers or other industries, the White House said.

This article was retrieved from Argus Metals. 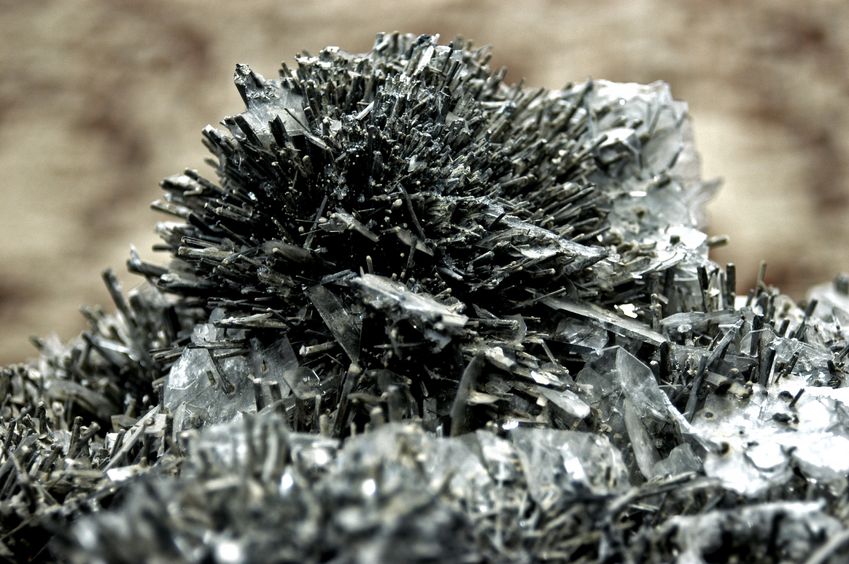 Over 3,000 tonnes of antimony was seized in a smuggling crackdown operation last week by Chinese customs officials, several sources familiar with the matter told Metal Bulletin.

The crackdown started in the early morning of Wednesday, August 8, with more than 3,000 tonnes of antimony ingot and 11 suspects seized in a joint operation involving over 90 customs officials from Changsha in Hunan province, Nanning in Guangxi Autonomous Region, Guangzhou in 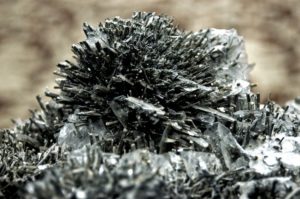 The operation by customs officials came after several “tens of tonnes” of illegal antimony were intercepted at the China-Vietnam border on August 8, the sources said.

“The market is in a panic mode,” a source in China said. “I heard that customs officials had confiscated some computers and notebooks including details of suppliers, tonnages. More people involved may get caught soon.”

The crackdown has created a sudden shortage of material as some of the seized material is linked to existing contracts, market participants told Metal Bulletin.

“Everyone is now just waiting to see if their shipments will be made,” a trader said. “We had a shipment at the end of July which the supplier has already canceled.”

“The fulfillment of contracts is now in question,” a second trader said. “Some of my suppliers are not available, others reluctant to offer.”

“I have one vessel expected to arrive in September but I need to make sure I can deliver my contracts so I can’t offer anything on the spot right now,” a third trader said.

The government’s inspections on the smuggling channel through the China-Vietnam border usually intensify during Lunar New Year as well as the National People’s Congress (NPC) and National Committee of the Chinese People’s Political Consultative Conference (CPPCC) with all the shipments usually being stopped during these times.

Antimony prices tend to surge every year around March-April time as a result of border problems with Vietnam.

Guanxi customs impounded 250-450 tonnes of smuggled antimony on February 27, 2017, that had been set to be shipped to Vietnam, Metal Bulletin reported earlier.

China is a major antimony producer and supplies around 80% of global antimony. The European Union, the United States, Japan, and South Korea are thought to be the main destinations for China’s smuggled antimony based on comparisons of Chinese customs data and that from major antimony import markets.

The latest seizure of 3,000 tonnes is equivalent to 41% of total EU imports of antimony in the first half of 2017.

“China is very serious [about controlling smuggling] this time. Some antimony buyers, who used to get their material via the smuggling route, are still waiting for an easing of the crackdown operation, but they will turn to legally exported cargoes soon,” one exporter who has an export license told Metal Bulletin.

The above source claimed that less than 15% of his yearly export quota had been used over the past years because most of China’s export business was done via illegal shipments through China-Vietnam border.

“The smuggling of antimony ingot has curbed the [official] export of antimony trioxide as the smuggled material can be provided at lower cost to other countries, which not only causes lots of tax losses for China but puts Chinese [legal] antimony ingot and trioxide exporters in an unfair play in the international market. The government will not leave it alone,” an antimony trioxide exporter said.

Typically, smuggled antimony is collected from the major production hubs of Hunan and Yunnan provinces and then shipped to Nanning, Guangxi Autonomous Region before being finally delivered out of China via the border with Vietnam.

According to market sources, the smuggled antimony is usually shipped to Vietnam via a 30-40 meter bordering river between Guangxi province and Vietnam Haiphong port behind the backs of border guards. The cargo is reportedly transported by small boats and trolleys, or shouldered by people during “emergency moments”, the sources said.

Consumers ‘desperate’ for material
“Prices are going up and people are desperately looking for material. It’s impossible to get offers, people stopped answering their phones,” another market participant said.

The news of the crackdown had pushed antimony prices last week above $8,000 per tonne.

This week, prices for antimony with bismuth content below 100ppm in-warehouse Rotterdam maintained stable levels at $8,000-8,400 per tonne on Wednesday, August 16.

The antimony market had been subdued for most of the summer with seasonally weak summer demand limiting spot activities.

“The news got everybody excited,” a fifth trader said. “People were happy to live hand-to-mouth because prices were dead for a long time. And now people are not sufficiently covered, panicking, because there is not enough material available and no one is willing to offer.”

“I’m getting calls from customers that never called me before. I have material but it’s not enough,” a supplier in Asia said. “Producers in China are not eager to sell and there is no cheap material available anymore.”

“Whoever has material is holding on to it and waiting for prices to go up,” the fifth trader said.

Those, who have material, keep raising their offers, market sources added. Offers were heard up to $8,800 per tonne for grade II material during Wednesday’s pricing session.

“Those who don’t buy smuggled material and know their suppliers don’t have a problem,” another market source said. “But traders are making a story out if, getting the market excited and it’s already affecting the prices in Europe and I’m taking full advantage of it.”

This article was retrieved from Metal Bulletin.