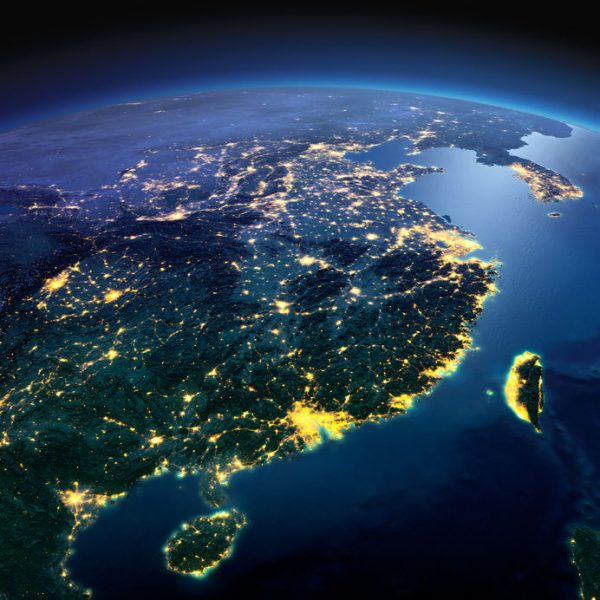 Major Chinese antimony producer Hsikwangshan Twinkling Star restarted its blast furnace this week, after suspending it for more than a month because of a shortage of concentrate feedstock availability.

The firm is aiming to ensure metal output of 1,500 t/month after reopening the blast furnace to meet its annual production target, although concentrate supplies from other countries have remained tight.

Hsikwangshan’s south mine reached its monthly production targets in April and May, with 1,200 t/month metal equivalent of antimony concentrate output during the two months, according to a company source.

China imported 7,545t of antimony concentrate during January-April, down by 41pc from the previous year, according to customs data. Shipments were 988t in April, down sharply from 2,493t in March and from 4,797t a year earlier.

Most private-sector metal producers in Lengshuijiang city, China’s largest antimony production hub, have yet to reopen their blast furnaces, which produce the intermediate feedstock antimony oxygen powder, because of tight concentrate supplies. It will be difficult for them to reopen the furnaces this year because all feedstock supplies will be shipped to large-scale producers such as Hsikwangshan and Chenzhou Mining, according to sources at the smelters. But some of them may be still operating some refining furnaces with a certain volume of metal output by using standby feedstock inventories, according to market participants. The seven producers in Lengshuijiang have a combined metal capacity of 35,000-40,000 t/yr.

China produced 7,204t of antimony metal in April, up from 5,821t a year earlier but down slightly from 7,324t in March, according to data from the China Nonferrous Metals Industry Association. Output during January-April totalled 24,950t, up from 20,562t for the same period last year.

The Chinese antimony market has been subdued with the reduced activity, with most producers withholding material sales at lower prices and consumers showing limited restocking interest. Most participants are sitting on the market sidelines while waiting for a recovery in economy when the Covid-19 pandemic is under control. Prices for 99.85pc grade antimony metal were last assessed at 80,000-81,000 yuan/t ($11,957-12,106/t) on 31 May, unchanged since 10 May.

Chinese antimony prices are expected by market participants to soften further in the short term because of limited demand from the flame retardant industry, following consecutive price falls over the past month.

Prices have continued to fall since 12 April from a 10-year high in mid-March, as Covid-19 outbreaks and lockdowns in China have stemmed market activity and buying interest in the main consumption areas in east China.

Most primary antimony metal is used as a flame retardant together with bromine, which is added in plastic products that are further consumed by the electronics, vehicles and other instrument industries.

But renewed buying interest from the seaborne market in February and March shored up market confidence and prompted antimony producers to float higher offer prices during these two months, when they expected downstream consumers to replenish stocks when they run out of stocks in this year’s second quarter. China exported 3,772t of antimony metal during January-March, up by 26pc from 2,996t a year earlier, customs data show.

“Domestic and overseas demand became weak in April and we are unsure when the situation will be better,” a market participant told Argus.

Major Chinese antimony producer Hsikwangshan Twinkling Star closed its blast furnace in late April because of low concentrate feedstock availability. The suspension is expected to last for at least one month. Hsikwangshan, with 40,000 t/yr of output capacity for antimony products, produced 24,000t last year, down from 26,000t in 2020 and 28,000t in 2019.

The seven private-sector metal producers in Lengshuijiang have a combined output capacity of 35,000-40,000 t/yr. They are likely to completely halt metal production if concentrate supply shortages persist in May.

They also halted their blast furnaces in April because of concentrate supply shortages. Some of them may not restart their furnaces this year because all feedstock supplies will be shipped to large-scale producers such as Hsikwangshan and Chenzhou Mining, according to sources at some smelters.

China imported 6,557t of antimony concentrate during January-March, down by 18pc from a year earlier, according to customs data. Shipments reached 2,493t in March, down from 3,671t a year earlier.

There will remain downside potential for the antimony market in the short term because of slower economic growth caused by China’s lockdowns. It is unlikely prices will drop significantly in the long term either, as tighter metal supplies continue and the lockdowns in Shanghai are expected to be gradually lifted next month, according to market participants.

China’s antimony metal output during January-March increased on the year, with producers lifting production in response to higher spot prices in the first three months of the year, and renewed demand from seaborne consumers.

Export prices for the metal were assessed stable at $13,700-13,900/t fob during 25 April-5 May, following a fall of $400/t on 21 April. Prices are likely to fall further this week on weaker demand both from domestic and seaborne consumers.

Key metal producers in Hunan’s Lengshuijiang city in late April closed their blasting furnaces on a lack of concentrate availability. This, coupled with the expectations of a recovery in economic growth after the current Covid-19 crisis in the country is brought under control, may slow the downward trend of the market. 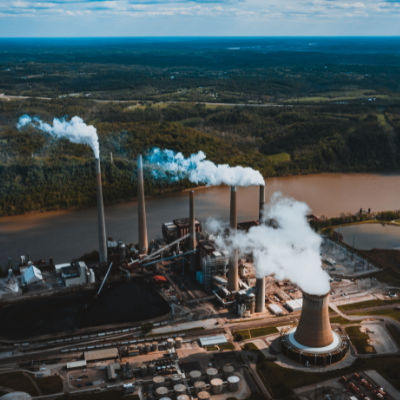 Beijing, 28 April (Argus) —Major Chinese antimony producer Hsikwangshan Twinkling Star closed its blast furnace this week because of a lack of concentrate feedstock availability. The suspension is expected to last for at least one month.

All seven private-sector metal producers in Lengshuijiang city, China’s largest antimony production hub, have also halted their blast furnaces this month because of concentrate supply shortages. They may not reopen their furnaces this year because all feedstock supplies will be shipped to large producers such as Hsikwangshan and Chenzhou Mining, according to sources at some smelters.

Hsikwangshan’s antimony mine can support only 200-300 t/month metal equivalent of antimony production, so it has to purchase concentrate and metal from other producers to maintain its production. Hsikwangshan, which has 40,000 t/yr of capacity for antimony products, produced 24,000t last year, down from 26,000t in 2020 and 28,000t in 2019.

The seven private-sector metal producers in Lengshuijiang have a combined capacity of 35,000-40,000 t/yr. They are likely to completely stop metal production if concentrate supply shortages persist in May.

China imported 6,557t of antimony concentrate during January-March, down by 18pc from a year ago, according to Chinese customs data. Shipments reached 2,493t in March, down from 3,671t a year earlier. Depleting resources in China and reduced shipments from other countries have prompted the smelters in Lengshuijiang to close their blast furnaces.

“We have limited metal stocks, and sold 40t of 99.85pc grade metal at Yn81,000/t this week to generate cash,” a source at a smelter in Lengshuijiang told Argus.

Most producers and traders are upbeat about the market outlook, despite low demand from downstream consumers over this past month. They find it meaningless to cut offer prices to attract sales because consumers will not make purchases even if prices move lower, after Covid-19 lockdowns forced them to also halt production. Prices are likely to move up in the coming months in light of continued tight supply and expected restocking activity from domestic and overseas consumers, market participants said. 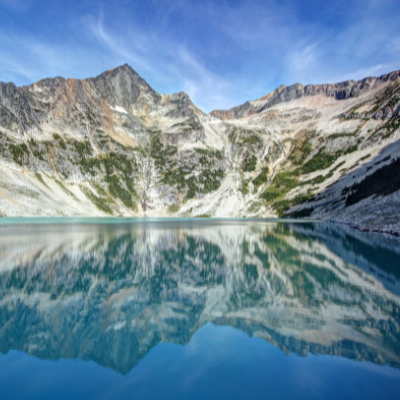 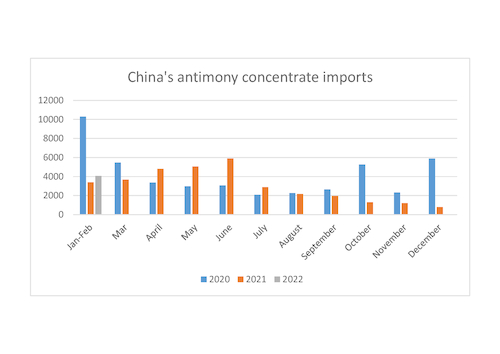 On 29 June, China’s President Xi Jinping met U.S. President Donald Trump, agreeing to restart China-U.S. trade talks on the basis of equality and mutual respect. On 4 July, Gao Feng, spokesman to the Ministry of Commerce, talked about the latest development of China-U.S. trade talks and disclosed that the two nations have been maintaining communication. Gao Feng emphasized that the trade friction was triggered by U.S. unilateral action of imposing additional tariffs, so it must cancel all additional tariffs if the two nations reach an agreement.

During the meeting of China and U.S. heads, the U.S. promised not to levy new additional tariffs on Chinese goods. In response to this, Gao Feng stated that trade friction should be solved through equal dialogue and consultation at last. China welcomes U.S. decisions on not imposing new additional tariffs which prevent the trade friction from intensifying. China hopes that the two nations could follow important notes made by the two presidents at the meeting, pay attention to reasonable concerns of the other party on the basis of equality and mutual respect and seek for mutual-benefit and win-win solutions to create a stable and foreseeable trading and investment environment for enterprise from both nations and the whole world. It not only satisfies the interests of both nations and people of both nations but also meets the general expectation of the global community.

Gao Feng pointed out that the successful meeting of President Xi and President Trump in Osaka during the G20 Summit clearly showed the direction for the next phase of development of China-U.S. economic trade relations and stirred up positive responses in China, the U.S., and the international community.

Gao Feng also replied to U.S. President Trump’s comments on allowing enterprises to further sell products to Huawei during the G20 Summit, hoping the U.S. could take action accordingly and stop the wrong practices of cracking down on Chinese enterprise by using national power.

This article was retrieved from Asian Metals.